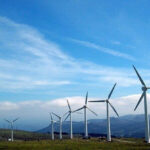 India can’t prioritise eliminating greenhouse gas emissions without sufficient financing from richer nations to help offset the high cost of transitioning to clean energy, according to a senior government official.

In laying out its position ahead of key global climate talks later this year, the top bureaucrat in India’s environment ministry also said the country doesn’t plan to tighten its emissions goals unless more money is promised from developed economies under the United Nations-sponsored climate change agreement. 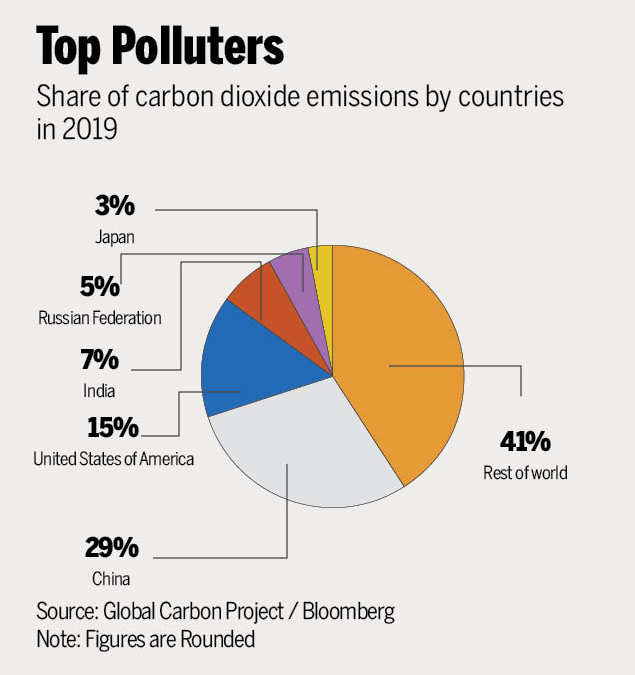 “Every policy decision has a cost to the economy. Going net-zero or using less carbon also has a cost,” Environment Secretary Rameshwar Prasad Gupta said in an interview at his New Delhi office. “We are not anti-net-zero. But without adequate climate finance being definitively available, we can’t commit on that part.”

The stance by India, the world’s third-biggest emitter, highlights a top challenge global leaders will face when they meet at the UN Climate Change Conference, which starts in late October in Glasgow. While cutting net global carbon emissions to zero by 2050 is key to meet the goals of the Paris Agreement, aimed at avoiding catastrophic damage from climate change, figuring out how to pay for the transition toward clean energy has been a sticking point.

Gupta also said the current $100 billion-a-year pledge by richer nations to help developing nations — a target they haven’t even met yet — is insufficient to make the shift.

“We have our own developmental imperatives,” Gupta said. “If you want that I don’t emit carbon, then provide finance. It will be much more than $100 billion per year for developing nations.”

“This is not the final decision, but most probably we won’t file a revised NDC,” he said. “Let there be a decision on climate finance first.” As well, until negotiations are finalized around funding help, India likely won’t upgrade the emissions targets it committed to in 2015, known as a Nationally Determined Contribution, which under the Paris Agreement were expected to be revised by 2020.

While the government of Prime Minister Narendra Modi discussed setting a 2050 net-zero emissions goal earlier this year, policy makers have resisted, citing the outsized role fossil fuels play in powering its growing population out of poverty, and the progress it’s made on earlier climate commitments.

But India risks looking like an outlier among other developing economies. While still seeking more funds from richer states, more than 100 countries including large emerging economies like Mexico, as well as neighboring Pakistan and Bangladesh, have publicly committed to zero carbon by mid-century. Even China, previously one of the strongest voices calling on developed nations to do more, has changed its tune, aiming to decarbonize the world’s top polluter by 2060.

Meanwhile, Brazil has also made its commitment contingent on richer nations, saying net-zero is only possible if it can guarantee $10 billion-per-year in contributions from other countries.

As India recovers from the pandemic-induced economic contraction, it sees international finance as key to industry overhaul needed to lower emissions. This includes banishing coal, a dirty but cheap source of energy, currently being used for about 70% of its power generation. Solutions also include replacing coal with more-expensive and untested alternatives, such as green hydrogen, in heavy industries like steel and oil refining.

While the green transition does present infrastructure-driven economic growth opportunities, there would be trade-offs in the form of higher electricity prices and rail fares, job losses in the coal sector and fiscal challenges for states, according to an analysis by Vaibhav Chaturvedi, a fellow at the New Delhi-based Council on Energy, Environment and Water.

However, there are also longer-term costs for inaction. India’s loss in per-capita gross domestic product by 2050 could range from 0.41%, under a low-global warming scenario if the Paris Agreement is met, to 5.08% in case of higher warming, the International Monetary Fund estimated in 2019.

The global climate talks in Scotland later this year, known as COP26, are seen as the last chance to set a plan to limit global warming to 1.5 degrees Celsius. The British government is hoping the summit will deliver an agreement by all countries to abandon coal power, with the G-7 leading the way.

While India may not set new goals before the meeting, Gupta said it’s on track to exceed 2030 targets it set in 2015, including that the country’s share of non-fossil fuel power generation capacity rises to 40%. It’s also on course to cut its emissions intensity by a third from 2005 levels by 2023, seven years ahead of schedule, he said.