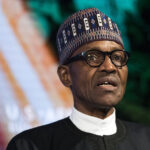 Buhari “approved the restoration” of the licenses to Addax Petroleum Corp. as part of his commitment to “the rule of law and sanctity of contracts,” spokesman Garba Shehu said in an emailed statement Friday. The West African nation’s oil industry regulator, the Department of Petroleum Resources, announced the termination of the leases on April 6.

The president directed the DPR “to retract the letter of revocation,” according to Shehu. He instructed the state-owned Nigerian National Petroleum Corp., which is in a partnership with Addax, to “resolve issues” in line with their contractual relationship, he said.

The DPR said it withdrew the permits known as Oil Mining Leases 123, 124, 126 and 137 because of Addax’s failure to develop the assets sufficiently. It had planned to transfer the licenses to two local companies, Kaztec Engineering Ltd and Salvic Petroleum Resources Ltd. A DPR spokesman didn’t respond to calls seeking comment.

Addax pumped an average of about 30,000 barrels per day in 2019, equivalent to about 1.5% of the country’s output, according to data published by the NNPC. Other than the OMLs, the China-owned producer also holds a small stake in a marginal field in Nigeria