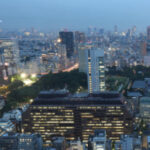 The global energy transition has crossed many milestones over the past decade, surpassing most expectations. Thanks to technological innovation, entrepreneurship and risk-taking by policymakers and businesses, the installed capacity grew sevenfold for solar PVs and threefold for onshore wind turbines since 2010.

Once considered a pipe dream, the share of renewable energy in the electricity mix is higher than fossil fuels in some countries. The past decade has also seen the number of people without access to modern forms of energy significantly decline.

But, there is still a long way to go. As of 2019, 81% of the world primary energy supply was still based on fossil fuels. And while the share of coal in the electricity mix has been steadily declining, the volume of electricity produced from coal has increased in absolute terms — primarily in regions with rising energy demand.

Analysis from a decade of benchmarking data from the World Economic Forum’s Energy Transition Index 2021 indicates that only 10% of the 115 countries analyzed maintained a steady upward trajectory toward energy transition.

While most countries progressed in some way, consistent progress was a challenge. As we move into the decade of delivery and action, when pledges and commitments are expected to materialize into actions, maintaining consistency of progress is of paramount importance for timely and effective energy transition.

Along with speed and direction, the focus must also be on the resilience of energy transition, which makes the progress irreversible and enables the process to bounce back in the event of disruptions.

As global energy transition advances, the landscape of risks to the transition is rapidly evolving. Accelerated incremental progress will depend not only on continued advancements of technology, but also on addressing the socioeconomic and geopolitical ramifications of the energy transition.

In this regard, the ongoing recovery efforts from COVID-19 pandemic offer five crucial takeaways also revealing some blind spots that can potentially undermine the hard-earned progress.

Moreover, as trillions of dollars are being pledged and effectively channeled to sectors relevant to energy transition, a majority of those have been allocated to carbon intensive sectors in most countries, potentially locking in emissions for years. Investment in green, future-ready infrastructure can be a strong vehicle to drive further economic growth and generate employment.

As the global economy limps back to normalcy, forecasts suggest that emerging and developing economies are on track for slower recovery, with many not expected to return to pre-pandemic GDP levels until 2023, according to the International Monetary Fund.

The prospect of divergent economic recovery, and resulting fiscal challenges, will limit their ability to support investments into energy transition. In the short term, ramping up vaccine production and distribution and ensuring equitable distribution is important to ensure emerging and developing economies are quickly able to bounce back.

Protecting the most vulnerable

Third, the pandemic highlighted the devastating effects of income inequality, both in terms of increased risk of contagion and economic costs from loss of income and employment. The impact of energy transition will be similarly disproportionate to vulnerable sections of the society — for example, from labor market dislocations across the conventional energy source value chain and from affordability challenges resulting from subsidy reforms or carbon taxes.

Addressing distributional considerations by prioritizing just transition pathways, with an inclusive approach to evaluate energy policy and investment decisions, is critical for inclusiveness of the energy transition.

The COVID-19 pandemic exposed the limitations of international cooperation to mitigate and address the global health emergency quickly. Climate change, the primary driver of energy transition, is already creating food and water shortages across many parts of the world and is expected to spark an unprecedented wave of migration in near future, in addition to the trade and competitiveness implications of carbon taxes.

This is likely to test the strength and efficacy of international collaboration even more, necessitating development of robust cooperation mechanisms across all stakeholder groups to address this globally shared challenge.

Getting all citizens on board

Uneven public compliance to mitigation measures and vaccine hesitancy has highlighted the challenges in mobilizing public support to address a rapidly escalating emergency. Research suggests that people underestimate the effects of dangers that have exponential growth, long-term horizons or might be unfolding in faraway places. At the same time, inconsistent communication and administrative miscalculations can lead to loss of trust and give rise to misinformation.

Given the ubiquitous presence of energy across the fabric of modern economy and society, energy transition has systemic implications and requires active participation from individuals. With timelines extending decades into the future, the perceived inadequacy of individual action for a collective problem, or extreme weather events happening in distant parts of the world might not convey the scale and need for speed for energy transition to the individuals.

This highlights the urgency of enhancing literacy on energy transition to ensure active participation from all sections of society.

Japan, for its part, ranks 37 out of 115 countries on the Energy Transition Index 2021. The nation’s overall ETI score has been relatively stable over the past 10 years. While being at a natural disadvantage as an energy importer, Japan maintains high scores on energy security through diversification of energy sources as well as import counterparts.

The nation has improved its scores on the environmental sustainability dimension, primarily through reducing the energy intensity of GDP — which is a result of sustained efforts to enhance energy efficiency and productivity across different demand sectors.

However, following the nuclear shutdowns in the aftermath of the Fukushima nuclear incident, Japan has increased the share of coal and gas in its power generation, which has led to an increase in carbon intensity of the country’s energy mix over the past decade. Emerging energy technologies, particularly green hydrogen and carbon capture, utilization and storage, or CCUS, can be instrumental in addressing these challenges.

The enabling environment for energy transition in Japan has steadily improved, including political commitment, investment and collaboration for innovation and rise of environmental, social and governance (ESG) investment.

The recent announcement of net zero targets provides further momentum to the energy transition, but will require sector specific roadmaps, including for hard to abate sectors, with interim milestones to ensure timely progress.

Harsh Vijay Singh is project lead of Platform for Shaping the Future of Energy, Materials and Infrastructure. Pedro Gomez is head of oil and gas industry at the World Economic Forum.

The post Five key lessons for energy transition in the age of COVID-19 appeared first on .